Pyotr Ilyich Tchaikovsky was born in 1840 in Votkinsk, a small town in the Urals. While studying law in Saint Petersburg, he took music classes at the Saint Petersburg Conservatory under composer and pianist Anton Rubinstein. In 1866, pianist Nikolaï Rubinstein, Anton’s brother, offered him a position as harmony teacher at the Moscow Conservatory. There, he met playwright Ostrovski who wrote his first opera libretto, The Voyevoda, and composed his first symphony.

In 1876, Tchaikovsky initiated a sustained correspondence with Nadejda von Meck, a wealthy widow and great admirer of his music. Though they only wrote to each other and never met, she became his patroness for the next 13 years, which allowed him to focus exclusively on composition. In 1877, hoping to ease the inner conflicts caused by his homosexuality, he married Antonina Miliukova, one of his former students at the Moscow Conservatory, but the marriage was a disaster and left the composer on the verge of suicide. By 1880, Tchaikovsky had become famous: regarded as the ultimate nationalist musician, Tchaikosky spent his time between composition, numerous travels and a small estate he bought in the countryside. In 1891, he traveled to the United States and conducted several of his works at the inaugural concert of Carnegie Hall. He died in 1893 in Saint Petersburg. Although the official cause was cholera, many speculations were made about his death and some even thought of suicide.

Tchaikovsky was an eclectic composer. A brilliant orchestrator, with a fine sense of melody, he composed in every musical genre, though he was particularly acknowledged for his symphonic works (the First Piano Concerto is one of the most played concertos in the world). He changed the way musicians regarded ballet by bringing a symphonic touch to a genre before seen as “inferior”. Mostly known in France for his ballets (Swan Lake, The Sleeping Beauty, The Nutcracker) and symphonies, Tchaikovsky composed a dozen operas (The Voyevoda, Iolanta, The Oprichnik, Vakula the Smith…). Among them, only Eugene Onegin and The Queen of Spades made their marks as long-lasted successes in Europe. 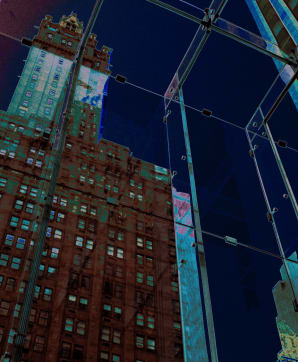