Light designer Thomas Visser grew up in the Northen Irish countryside in a family involved in theatre. He started to work for a musical theatre at 18. Six years later, he began to collaborate with dancing companies such as the Nederlands Dans Theater. Since 2005 he has been designing the lights in Cristal Pite, Alexander Ekman, Johan Inger, Stijn Celis, LukáŠ Timulak, Sharon Eyal and Peeping Tom’s show, to name just a few. Since 2016 Tom Visser has been working on his own projects, notably art installations, using interactive media. 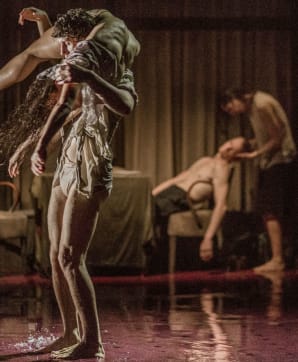