2002 : Promoted to “Sujet”. She receives the Prix du Cercle Carpeaux.

2005 : Promoted to “Première danseuse”. She is awarded the Prix Leonide Massine (Positano, Italy) and the Prix AROP de la Danse.

On June 18th 2012, she is made an "Étoile" following a performance of La Fille mal gardée (Frederick Ashton) in which she performed the role of Lise.

Myriam Ould-Braham was named Chevalier of the Order of Arts and Letters. 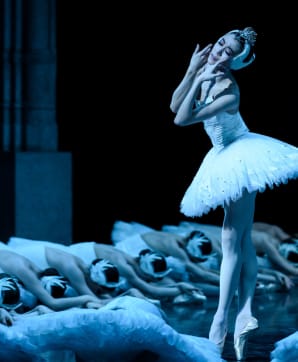