Gioacchino Rossini was born in Pesaro on February 29, 1792. Son of musicians (his father played the horn and his mother sang in troupes of fairground operas), he studied singing and harmony in Bologna under the guidance of the abbot Mattei.
At the age of 18, he had his first opera buffa performed in Venice, La Cambiale di matrimonio, which was soon followed by works of the same genre (L'Inganno felice, L'Occasione fa il ladro...). At the age of 20, three of his operas had already been performed, and a year later the number would rise to ten.
In 1813, the creation of Tancredi, also in Venice, opened the doors to success and made him the undisputed master of the Italian opera scene for many years. The works follow one another at a frenetic pace: The Barber of Seville and Otello in 1816, La Cenerentola and Armide in 1817, La Donna del lago in 1819, Maometto II in 1821, Semiramis in 1823... Between 1818 and 1822, he is artistic director of the Teatro San Carlo in Naples. In 1822, he married the singer Isabella Colbran (1785-1845).
From 1824, he settled in Paris. He was appointed head of the Théâtre Italien, a position he kept for two years, then First Composer to the King and General Inspector of singing in France. Le Voyage à Reims was created at the Théâtre Italien for the coronation of Charles X. Rossini reused part of the music in Le Comte Ory in 1828. His last opera, Guillaume Tell, created at the Paris Opera on August 3, 1829, was a triumph.

In 1830, the revolution made him lose his royal offices; he separated from his wife and practically abandoned his musical activity. He remarried Olympe Pélissier and composed a Stabat Mater, commissioned by a Spanish prelate, as well as a number of occasional pieces, and numerous chamber music works, collected in a series of books entitled Péchés de vieillesse, often tinged with humor.
From 1836 to 1848, he lived in Italy and then settled permanently in France. He died in Passy on November 13, 1868. Rossini left all his belongings to his native town, Pesaro, where a festival is held every year that has brought back to life many of the composer's forgotten works, some of which have since entered the repertoire of major opera houses. 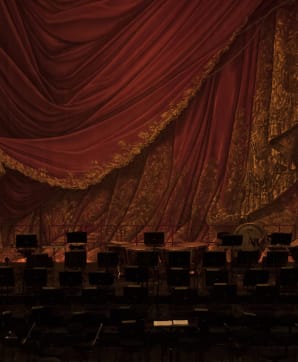