The project devoted to Arnold Schönberg which Stéphane Lissner and I have chosen for the 2015/2016 season is totally in keeping with the work I have undertaken with the Paris Opera Orchestra and Chorus over the past few years. It is a major new cycle: an immersion in the aesthetic and musical world of a tremendous artist. Following on from Richard Wagner’s Ring, and then, last season, Ludwig van Beethoven's nine symphonies, this ambitious, exciting and demanding voyage through the work of the great Viennese composer will begin in September, just as we embark on another bold six-year journey dedicated to Hector Berlioz. It is an immense privilege to be able to work with our musicians in the musical microcosm of a single composer in the hope of discovering the poetic inner self of a musical genius.

The mountaineer who scales a summit draws pleasure from his efforts, and joy in feeling that danger

I am also convinced that it will be just as great a privilege for the public who, with numerous performances scheduled between September and April, will be able to appreciate the truly unique pleasure the works of Schönberg can offer. The mountaineer who scales a summit draws pleasure from his efforts, and joy in feeling that danger and fear can be surmounted and overcome. Yes, Schönberg’s work is challenging. It demands our concentration and requires us to surpass ourselves or at the very least to accept to go beyond the widespread misconceptions still associated with 20th century music. High-altitude glaciers are beautiful. Up there where the air is pure, our thoughts know no bounds.
Schönberg’s works, like those of Beethoven, Berlioz and Wagner, have profoundly influenced the history of music. There is no shortage of exceptional artists, but rare are those who have radically altered its course – not only thanks to their compositions but also through their personality, their vision, and their keenness to explore new worlds. By offering his students – Alban Berg, Anton Webern and other composers who followed him – undreamt-of universes, Schönberg transformed musical history for ever. There is a world both before and after Schönberg.

The more I explore the score, the more I am convinced it is one of the last century's most important works

Verklärte Nacht (1902) is a work that profoundly moved me during my youth. You will be able to hear it during an evening of ballet. This string sextet is incontestably a key work. Schönberg’s desire to reach out towards the unknown by questioning the boundaries of tonality is already apparent. The composer was moving away from Wagner and Mahler although not completely renouncing them. Similarly, with Gurre-Lieder, first performed in Vienna in 1913, Schönberg uses massive orchestral and choral forces in a breathtaking manner to radically extend the generally accepted boundaries of concert performance and to question oratorio and operatic forms – something he would do again in another musical language almost twenty-five years later with Moses und Aron. In this exceptional opera, Schönberg explores the possibility of expressing inner monologues and philosophical thoughts through lyric drama. His inability to complete the third act confirms that, throughout the work, he was engaged in an inner aesthetic struggle of prime significance. The extraordinary final words he entrusts to Moses: “O Wort, du Wort, das mir fehlt!” (“O word, word that I lack”) form a heartrending personal statement. The more I explore the score, the more I am convinced it is one of the last century's most important works.

I wanted to open the season with a concert in the brand-new Philharmonie de Paris (Gurre-Lieder will also be performed there next spring): Schönberg's Variations for Orchestra, first performed in 1928 under the baton of Wilhelm Furtwängler, is to symphonic music what Moses und Aron is to opera. Throughout his life, Schönberg was engaged in a continuous dialogue with the history of music. Brahms and Mahler in particular remained his leading lights and quintessential examples.
Once again, this is apparent here. His nine variations are a masterly accomplishment. Distancing himself from tonal music, Schönberg needed to define a coherent form in order to develop new languages that could be understood by the public. Dodecaphony provided him with the structure he lacked during his atonal period.

Like Picasso and the different periods which marked his work, Schönberg profoundly altered his aesthetic during his life, evolving from tonal music to dodecaphony. Nevertheless, he always looked upon himself as Viennese. Even in the United States, after fleeing from Europe to escape anti-Semitism, he retained a love for the beauty of the “Viennese sound”. And yet, even more than beauty, it was truth that Schönberg never stopped searching for in music, just as Cézanne sought truth through painting.
In his Quartet N°2 from 1908, when Schönberg first tried to make the transition from tonality to atonality, he was bold enough to introduce a soprano voice into the two final movements. I find the words by Stefan George that he set to music so moving that I wanted to make them the epigraph of our great journey: “Ich fühle Luft von anderen Planeten” (“I feel air from another planet”). This wholly unexpected way of using song, particularly in the final movement, is a precursor to the incredible Pierrot lunaire which I will also be conducting, with its “sprechgesang”: the “spoken singing” that Moses uses in contrast to his brother Aron's lyric style.
Every musical aspect of the Paris Opera’s programme for this new season – be it ballet, symphony, chamber music, oratorio or opera – will offer you the opportunity to discover or rediscover the creative achievements of this exceptional composer. This is a rare event. Schönberg's works must be shared with the artists who perform them. And this is the adventure we hope to share with you. 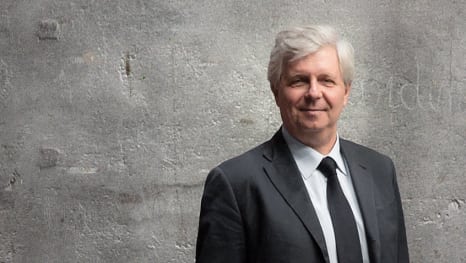 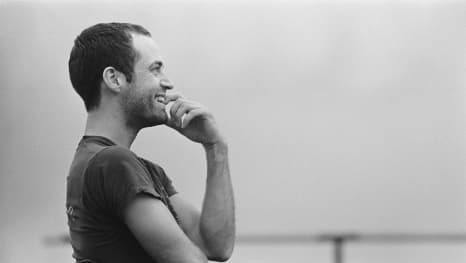