Artist in residence at the Paris Opera Académie since 2022

In 2020, as a laureate of the Royaumont Foundation, he worked on the role of Pylade in Gluck's Iphigénie en Tauride with Benjamin Lazar and Alphonse Cemin. He joined the new class of the Opera Fuoco opera workshop as well as the Queen Elisabeth Music Chapel, where he perfected his skills with Sophie Koch and José Van Dam.

In March 2021, he sang the role of the Prologue in Britten's The Turn of the Screw under the direction of Alexander Brieger in a production by Brigitte Jaques-Wajeman. He sang the roles of Alfredo in La Traviata and Rodolfo in La Bohème during a masterclass given by Inva Mula.

In December 2021, he made his debut at the Opéra Comique in the role of Benvolio in Romeo and Juliet directed by Eric Ruf and conducted by Laurent Campellone. In the spring of 2022, he performed the roles of Liberto, Soldato 2, Famigliare 2 and Tribuni in Il Nerone - L'Incoronazione di Poppea by Monteverdi with the Académie de l'Opéra national de Paris, and Poème Harmonique staged by Alain Françon and conducted by Vincent Dumestre.

In duo with the pianist Katia Weimann, Thomas Ricart devotes himself to chamber music. The duo is trained by Anne Le Bozec and benefits from the advice of Susan Manoff and Hartmut Höll. In August 2020, the two artists participated in the France Musique Summer Festival in a program of French melodies.

Thomas Ricart is supported by the Porosus Foundation, and has joined the Académie de l'Opéra national de Paris in September 2022. 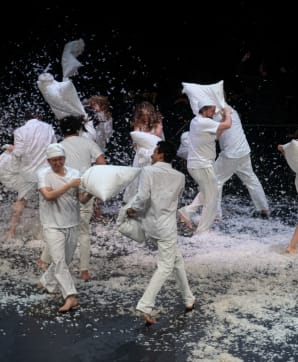