Born in Kiev in 1905, Serge Lifar discovered dance in 1920 after accompanying a friend to the studio of Bronislava Nijinska, the sister of the great Nijinsky. It proved to be a revelation… He became her student until the day she joined Serge Diaghilev and his Ballets Russes in Paris. Discovering that the company lacked males, Nijinska presented her own dancers, however, in Diaghilev’s eyes, only Lifar had the necessary grace. As a result, Diaghilev sent Lifar to Italy to train under the Ballet Master Cecchetti to enable him to perfect his technique and hone his style. Lifar danced in the creations of La Chatte, Ode, and Le Pas d’acier… The Balanchine-Lifar “encounter” produced two masterpieces: Apollon Musagète and Le Fils prodigue. In 1929, Serge Lifar arranged his first choreographic work, Renard, to music by Stravinsky: It proved to be a triumph and a new ballet aesthetic was born. When Diaghilev died in Venice on August 19 that same year, Serge Lifar’s career took another turn. The director-cum-patron of the Paris Opera, Jacques Rouché, asked him to create a ballet to the music of Beethoven’s Creatures of Prometheus. Balanchine began the choreography but then fell ill so Lifar arranged the entire ballet, modifying the libretto and giving pre-eminence to the role of Prometheus which he, himself was performing. The following year, Serge Lifar was appointed Ballet Master of the Paris Opera and he effectively took over the reins of the Company, devoting almost thirty years of his life to it. During his tenure, he introduced an adagio class—which ensured that the male dancer was no longer just the ballerina’s “foil”—and he developed his neo-classical style with a fusion of classical and modern techniques. He also created a repertoire composed of his own works (Icare, Entre deux rondes, Istar, Le Chevalier et la damoiselle, Les Animaux modèles, Roméo et Juliette, Suite en blanc, La Réversibilité, Les Mirages, Phèdre and Variations), emblematic works of the Ballets Russes and great classics of the 19th century including Giselle which had disappeared from the repertoire. Serge Lifar trained the young Étoile dancers (Yvette Chauviré, Liane Daydé, Lycette Darsonval, Claude Bessy, and Christine Vaussard…), and he revitalised the Corps de ballet. He also introduced evenings devoted entirely to ballet. Having remodelled the Paris Opera Ballet, he took the company on numerous overseas tours to Canada, the United States, Brazil, Argentina, Japan, and the U.S.S.R.. Ballet master during the Occupation, Lifar was condemned in 1945 by the Purification Committee and suspended from the Opera for a year. He returned with Les Mirages in 1947, in a tense environment. He remained in the position until 1958. In addition to his talents as a dancer-choreographer and teacher, he was also a brilliant lecturer: he brought dance into the Sorbonne, created a University of Dance and organised exhibitions on the Ballets Russes, Nijinsky, Pavlova, and Pushkin… He died in Lausanne, Switzerland, in 1986. 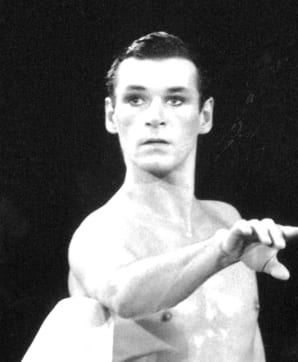