Guillaume Gallienne graduated from the national Conservatory of dramatic arts in 1998 (with Dominique Valadié, Stéphane Braunschweig, Daniel Mesguich). He then joined the Comédie-Française and became, in 2005, a full-time member. He performed in many plays such as Feydeau’s Un fil à la patte, Hugo’s Lucrèce Borgia, Visconti’s Les Damnés, and more recently Le Malade imaginaire and Le Bourgeois Gentilhomme by Molière.

Other projects include his work in 2005 on the scenario of the ballet Caligula choreographed by Nicolas Le Riche at the Paris Opera, for which he was responsible of the dramaturgy. In 2006, he directed Huit Clos by Jean-Paul Sartre at the Tessenkaï No Theatre in Tokyo. He created in 2008 Les Garçons et Guillaume, à table! at the Théâtre de l’Ouest Parisien. He also signed the dramaturgies of Alexeï Ratmansky’s ballets Illusions perdues at the Moscow Bolshoi, and Of Love and Rage with the American Ballet Theater in 2020. In 2017, he made his first lyrical production at the Paris Opera with Rossini’s La Cenerentola.

In 2013, he turned Les Garçons et Guillaume, à table! into a movie, for which he won four Césars including ‘Best Actor’ and ‘Best Film’. His second feature film, Maryline, was released in 2017. From 2008 to 2010, he wrote and performed Les Bonus de Guillaume for Le Grand Journal on Canal + and, from 2009 to 2020, he hosted Ça peut pas faire de mal, a show on France Inter devoted to reading. 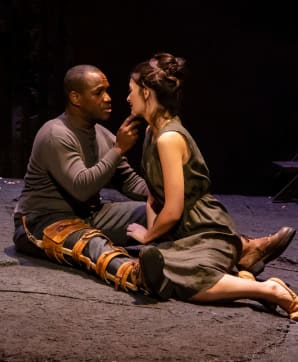