Born in Toronto, Emily D'Angelo graduated from the Canadian Opera Company's Studio and the Lindemann Young Artist Development Program of the Metropolitan Opera in New York.

She has won numerous awards in international competitions, including the First Prize, the Zarzuela Prize, the Birgit Nilsson Prize and the Audience Prize at the 2018 Operalia Plácido Domingo Competition. In 2019 she received the Leonard Bernstein Award at the Schleswig-Holstein Festival.

She made her stage debut as Cherubino (Le Nozze di Figaro) at the Festival des Deux Mondes in Spoleto, where she received the Monini Prize 2016. In the 2017/18 season, she added to her repertoire the role of Rosina in The Barber of Seville at the Glimmerglass Festival and performed with the Los Angeles Philharmonic Orchestra in excerpts from The Magic Flute conducted by Gustavo Dudamel.

In the following seasons she made her debuts at the Metropolitan Opera (Annio in La clemenza di Tito, the Second Lady in The Magic Flute, Sister Mathilde in Dialogues of the Carmelites) and at the Staatsoper Unter den Linden in Berlin (Cherubino), and then performed the roles of Dorabella (Così fan tutte) in Toronto, Sesto (La clemenza di Tito) at the Royal Opera House in London, Cherubino and Idamante (Idomeneo) at the Bayerische Staatsoper in Munich.

During the 2021/22 season she has sung Ottavia (The Coronation of Poppea) at the Opernhaus Zurich, Angelina (La Cenerentola) at the Semperoper Dresden, Prince Charming (Cendrillon) at the Metropolitan Opera and the Brooklyn Academy of Music in New York, Donna Elvira (Don Giovanni) at La Scala in Milan, Serse (Xerxes) at Carnegie Hall and in Baluarte, Spain. 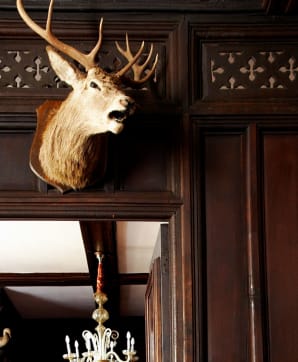