Dmitri Shostakovich was born in 1906 in Saint Petersburg. It was in this same city, successively called Petrograd, then Leningrad, that he studied and witnessed the First World War, the two episodes of the Russian Revolution of 1917 and the first years of the Soviet regime. It was there that he had his first successes in his youth: Symphony No. 1, premiered in 1926, then performed in Berlin under the direction of Bruno Walter, ballet music, film music, and a provocatively modern opera (The Nose). But in 1936, at the height of the Stalinist terror, the composer was accused of writing music that offended the values of Soviet society and was publicly criticized and humiliated. The following year, however, he responded to his critics with one of his most important works: his Fifth Symphony. In 1940, "rehabilitated", he was awarded the Stalin Prize for his Quintet for Piano and Strings. The radiance of his music was to increase even more with his Symphony No. 7, known as "Leningrad", the first three movements of which were composed in wartime, at the beginning of the bloody nightmare of the Nazi siege of Leningrad in 1941. After World War II, Shostakovich moved to Moscow, where, during the last years of Stalinist tyranny, he was the victim of a second official campaign of public condemnation and degradation in 1948. During these years, Shostakovich turned more and more to the intimacy of chamber music, and especially to the string quartet. In the late 1950s, the composer's reputation changed again and he became a totemic figure in official Soviet culture. He even agreed to join the Communist Party, a decision that earned him official approval and a new status, but which caused him to lose the sympathy and support of some of his colleagues and admirers within the Russian musical world. During the last years of his life, Shostakovich, who was ill, wrote music that was bare, melancholic, elusive, and that undoubtedly reflected his regrets and experiences. He died in Moscow in 1975. 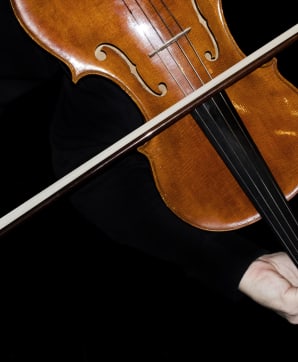 Chamber music concerts by musicians of the Paris Opera Orchestra