After earning a DEA diploma in management science at the University of Strasbourg I, Christian Rodrigue Moungoungou pursued his musical training in Alsace and then in Lyon ultimately earning the prize for singing at the Lyon national conservatory in June 2005. He has appeared at numerous festivals including Aix-en-Provence in 2002 and Salzburg and Schleswig-Holstein in 2004.

He has performed numerous opera roles, including Aeneas in Purcell’s Dido and Aeneas in Lyon in 2002, Goro in Puccini’s Madame Butterfly at the Gattières Festival in 2003, Oret in Haydn’s Philemon und Baucis at the Lyon Opera in 2004, Dandini in La Cenerentola at the Île-de-France Festival and on tour (2005 to 2007), Burschen in Carl Orff’s Der Mond at the Opéra Bastille’s Amphitheatre in 2007 and 2010 and the Goat in a piece based around Stravinsky’s Renard. He has also sung the roles of Escamillo in Bizet’s Carmen and Valentin in Gounod’s Faust.

In terms of chamber music, he was instrumental in the creation of the Grazioso Ensemble in 2009 and he performs regularly with them particularly at the Studio Bastille. His concert repertoire as a soloist comprises oratorio with numerous Bach cantatas, to Mozart’s and Fauré’s Requiem along with several masses. 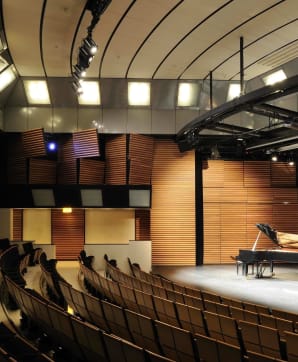