A pianist by training, Benjamin Laurent is now pursuing a career as a vocal coach. He studied Lied with Ruben Lifshitz at the Abbaye de Royaumont and has also worked with the Argentinian pianist and composer Gustavo Beytelmann with whom he performed at the Théâtre du Chatelet in January 2011. Since 2010, he has collaborated regularly with the National Orchestra of Ile-de-France and has performed as a soloist with the Monte-Carlo Philharmonic Orchestra. Also a composer, he has written scores for a number of short films and, since September 2014, he has contributed to a weekly programme on France Musique entitled “Les actualités chantées” alongside the journalist and singer Cécile de Kervasdoué. As vocal coach for the Atelier Lyrique of the Paris Opera, he took the piano rehearsals for the new work, Maudit les Innocents, at the Amphitheatre of the Opera Bastille, for Iphigenia in Taurido at the Theatre in Saint-Quentin-in-Yvelines and for Così fan tutte at the Maison des Arts in Créteil. 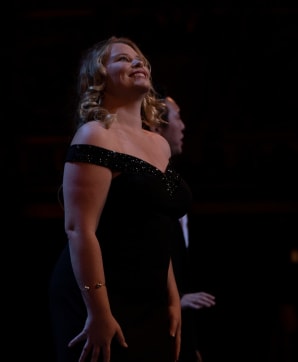 2012
He studied vocal coaching with Erika Guiomar at the Paris Conservatoire and was awarded a master’s degree.

2013
He obtained a teaching diploma from the Conservatoire of Lyon and worked as vocal coach for the production of Eugene Onegin at the Abbaye de Royaumont conducted by Irène Kudela.

He was admitted to the Atelier Lyrique of the Paris Opera and worked as vocal coach for the production of The Elixir of Love at the Monte-Carlo Opera, conducted by Nathalie Stutzmann.