William Thomas has recently graduated from the Guildhall School of Music and Drama (opera section). He is a member of the Harewood Artists program of the English National Opera and one of the BBC's New Generation Artists (2021-2023).

As a member of the Jerwood Young Artist programme he performed the role of Nicholas in the British premiere of Samuel Barber’s Vanessa at the Glyndebourne Festival, the Shepherd in Pelléas et Mélisande for the Garsington Opera, and has made his debut at the Vienna Staatsoper in the role of Snug in a new production of A Midsummer Night’s Dream.

Other recent projects include The Second Priest/The Second Armoured Man in The Magic Flute for Glyndebourne, Polyphemus in Acis and Galatea for the London Handel Festival/La Nuova Musica, Colline in La Bohème and Parsi Rustomji in Satyagraha for the English National Opera, and the Priest/The Badger/Harašta in a concert version of The Cunning Little Vixen with the Birmingham Symphonic Orchestra with conductor Mirga Gražinytė-Tyla.

Among future projects, after his Paris Opera debut as a Knight in Parsifal, Thomas will be back in Glyndebourne and will make his debut at the Rouen Opera, at the Royal Opera House-Covent Garden in London and at La Scala de Milan.

His concert performances include Berlioz’s Childhood of Christ (Herod) with the Tonhalle-Orchester Zürich with conductor Sir John Eliot Gardiner, Mozart’s Requiem at the BBC Proms with the Britten Sinfonia, Bach’s St John Passion with the Orchestre Révolutionnaire et Romantique, Handel’s Messiah with the English National Opera Orchestra, Bartók’s Cantata with the London Symphony Orchestra and Beethoven’s 9th Symphony with the Lyon national Orchestra.

William Thomas has won numerous major prices, such as the Kathleen Ferrier and the John Christie Awards in 2018, and won the Veronica Dunne International Singing Competition in 2019. 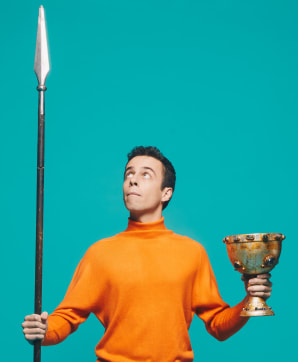