Born in Busan (South Korea), Shin Jae Kim graduated from the University of Seoul with a degree in Music in 1998 and was awarded a place at the Giuseppe Verdi Conservatory in Como the same year to study singing. From 2000 he began to work with Guiseppe Taddei on the principal roles for his tessitura (Il Commendatore in Don Giovanni, Sarastro in Magic Flute, Sparafucile in Rigoletto, Basilio in Barber of Seville etc.) He has obtained numerous diplomas and prizes including, in 2006, first prize from the Rueil-Malmaison Conservatoire where he studied with Élizabeth Vidal and André Cognet. He has taken part in a number of opera galas at the San Carlino Theatre in Brescia and at the Ferrare Theatre at the Arturo Toscanini Foundation. Since 2005 he has been a member of the Paris Opera Chorus. He has also performed in concerts of sacred music at the churches of La Madeleine and of Saint-Germain-des-Prés in Paris. 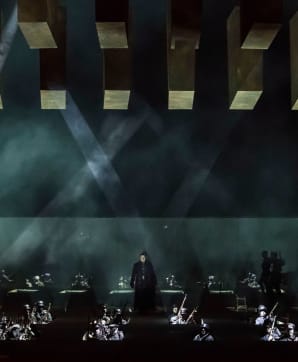