Krzysztof Warlikowski is one of the pivotal reformers of dramatic language in Europe. More specifically, he has offered a profoundly new interpretation of the works of Shakespeare. His most outstanding productions include Angels in America (Kushner), Madame de Sade (Mishima), Krum / Krum Ectoplasm (Levin), Koniec / The End (based on works by Kafka, Koltès and Coetzee), (A)pollonia, Un tramway (with Isabelle Huppert), African Tales (based on works by Shakespeare), Kabaret Warszawski / Warsaw Cabaret, and Hanokh Levin’s On s’en va, presented at the Spring Comedy Festival in Montpellier in 2018 and in Paris in 2019. Krzysztof Warlikowski has re-forged the alliance with the spectator by leading the audience into an original process that explores sense and meaning with the aid of cinematographic references or through an original utilisation of video. Intensely active in the field of opera, Krzysztof Warlikowski has managed to transpose his working methods and his dramatic vision into the genre. At the Paris Opera alone, he has directed Iphigénie en Tauride, The Makropulos Affair, Parsifal, Szymanowski’s King Roger, Bluebeard’s Castle / La Voix humaine, Don Carlos, and Lady Macbeth of the Mtsensk District. His other productions include The Rake’s Progress at the Berlin Staatsoper; Eugene Onegin and Die Frau ohne Schatten (to celebrate the 50th anniversary of the theatre’s reopening after the Second World War) at the Bayerische Staatsoper in Munich; The Makropulos Affair, King Roger, Poppea e Nerone (Monteverdi / Boesmans) and Alceste (Gluck) at the Teatro Real in Madrid; and Médée (Cherubini), Macbeth, Lulu and Don Giovanni at La Monnaie in Brussels. In 2016, he directed Il Trionfo del tempo e del disinganno at the Aix Festival and staged Phèdre(s) (an adaptation of Racine) and Les Français (a performance based on the writings of Proust). In the years that have ensued, he has focused his attention on opera: Wozzeck at the Dutch National Opera in Amsterdam, Schreker’s Die Gezeichneten and Salomé at the Munich Festival, Pelléas et Mélisande at the RuhrTriennale, From the House of the Dead at London’s Royal Opera House Covent Garden, La Monnaie in Brussels and the Lyon Opera; and The Bassarids (Henze) and Elektra at the Salzburg Festival. Krzysztof Warlikowski is also the artistic director of Warsaw’s Nowy Teatr, an interdisciplinary cultural centre. His productions are performed all over the world. In the summer of 2021, he will be directing Tristan und Isolde at the Bayerische Staatsoper in Munich. 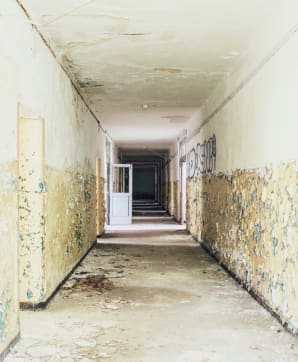