Home > All > JE ME SOUVIENS 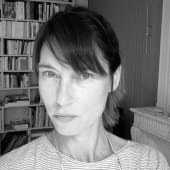 For Manuela Dalle – sociologist and director of numerous documentaries on social and artistic subjects for television channels such as ARTE –, the Paris Opera was first of all a stronghold of French culture, a mythical, almost sacred place. More recently, she has felt the arrival of a new, modern, young spirit in this temple of excellence. As she explored the Opera with her particular look as a documentarist, Manuela Dalle was interested in the people who constitute the life of the building, artists, artisans, administrators… and the audience without whom the Opera would not exist.
For her film “Je me souviens” (“I remember”), she encountered a large variety of spectators, in order to collect their memories of the Opera. By combining these accounts with images evoking past performances and the architecture of the Palais Garnier, she has created a fascinating film halfway between documentary and video art, inspired by Georges Perec’s eponymous book.