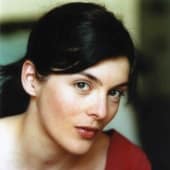 "I've already filmed the Garnier Opera and dance in my film Main dans la main. For this carte blanche, I wanted to explore something else and try a different form of cinema combining the immobility of pictures and the movement of film, by writing first with sound. Direct, very realistic sound. I also wanted to mix the materials, to confront the digital and the Super 8.

I did not know Jonas Kaufmann before meeting him for Suivez donc la mesure. I found it interesting to portray one of the world's most famous tenors, without knowing him. When I first heard his voice, I decided that sound would be the narrative thread of the film and I decided to edit the sound first and then the images. Jonas Kaufmann is always moving, so I followed him. Hence this intimate portrait of a man, his trips, his outstanding work which makes art emerge from technique; from the subway to the stage." Valérie Donzelli