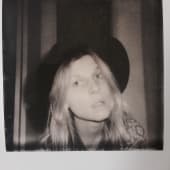 Can one « learn » grace? Can grace be crafted (and how)? I’ve always had these questions in me somehow or rather the desire to look for, to watch, to grasp, maybe, part of this secret if it does exist. Films are made to capture mysteries - to get a little closer to the endless complexity, the never ending beauty of what it is to be human. As an actress, I’ve often witnessed the tiniest most wonderful surprises on the faces of actors / fellow artists I had been working with once a film was over. We had gone through scenes together - many times so close to each other - our skins were touching… and yet the camera had « stolen » something of our characters that we hadn’t known was there. « Close-ups » reveal what we cannot control - a little bit of our souls I’ve only ever known « dance » as a spectator - watched dancers from a distance. They move me, impress me, fascinate me all the more for it.How does one experience - such a tangible/physical transformation - from nature to culture? How does anyone prepare for such an adventure? The central question of my film is a contradiction I’ve always cherished: all forms of art raise it but dance, I feel, exposes it more impressively, more sensationally than any of them. Is to create to master the inexplicable? A repetition of the elusive? As I observed the « dancers to be » training in the ballet school of the Opera de Paris I started dreaming of a film that would leave out of frame the bodies that these girls and boys tame everyday - that would leave out of frame what was meant to be in the spotlight - made magical by tireless countless training hours. I started dreaming of a film that would somehow only concentrate on their faces, that would put « close ups » at the service of this quest, this path towards grace - allowing an intimacy with dance that the two other scenes of the Paris Opera cannot give to their audience - I wanted to watch what happened in their eyes as they embarked on that journey hoping I’d maybe grasp just a little bit of that one mystery…