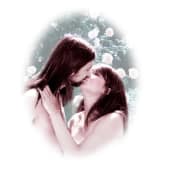 There are more than two hundreds pianos in the National Opera in Paris. in each dressing room, rehearsal room, at the end of each hallway, each basement… concerto pianos, study pianos, harpsichords, bells, old organs.
This is the starting point for Rob & Maria: gather all these instruments together in a film. Rob therefore set up in each separate space a single musical element which, when combined into a comprehensive musical ensemble, all play together for Maria’s camera.The film stages the exploration of two Operas. This amazing creative tool, the madness of this hive, the chaos that reigns in it, are revealed to us throughout the film.

This is also a declaration of love. To music, to Paris, to the piano, and also to each other. Indeed, Maria is filming Rob, the man she loves, as he plays the piano for Maria, the woman he loves. Piano Piano is the first film they are co-directing.